I’ve been using the original Nikon 18-200mm VR lens for years and have been largely happy with it. The VR works incredibly well and it's a very convenient walk around lens. I guess I've always been aware that the performance of the lens wasn't great at longer focal lengths and have always shot it at f8. In fact I've always tended to use the lens at all focal lengths at f8 to f11 which I think has managed to mask some of its greater shortcomings.

Anyway, I've recently upgraded to a Nikon D7100 and there was a really good deal to buy the camera in a kit with the Nikon 18-140mm VR. I've seen a few reviews online saying the 18-140mm VR is a sharper lens so I thought I'd take the opportunity to test this myself and see if the 18-140mm VR is significantly better than the 18-200mm VR. 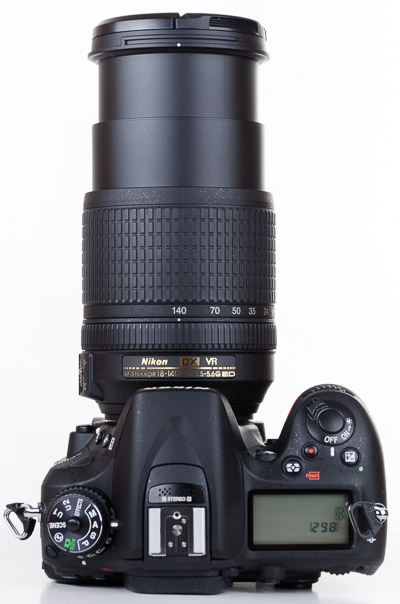 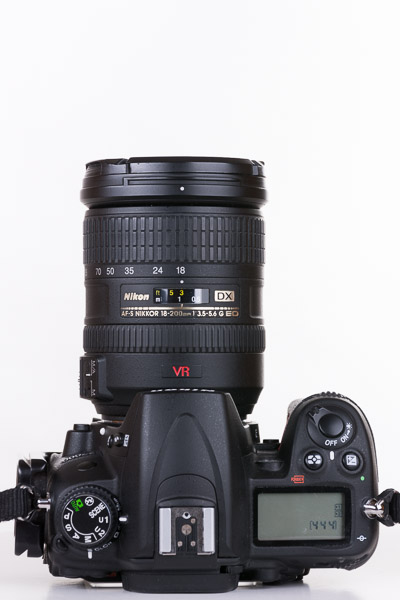 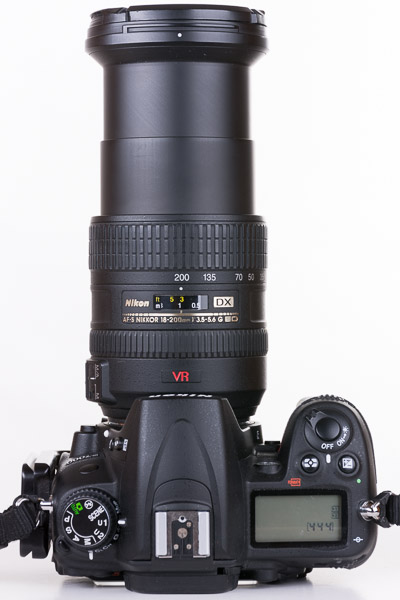 As you can see the lens doesn't have a distance scale on it, I'm not sure if this is really a problem or not. I guess the only issue I can think of with it is if you wanted to manually set the lens to a hyperfocal length you'd have to guess it by eye.

The lens is very similar in size and weight to the 18-200mm VR. It's a little slimmer and doesn't, as yet, suffer from any zoom creep, something that has always been a pain on my 18-200mm lens.

It's a plastic lens, what more can I say. It's much the same as any of Nikon's other plastic lenses and I've never had a problem with those. I have seen a few comments that people feel the 18-140mm doesn't have quite as higher build quality as the 18-200mm VR. I'd say it's much the same, it just looks a little less tarty.

Something else I have seen comments about online is that this lens suffers less from focus breathing than the 18-200mm VR. I'd say that's not the case, it seems to be pretty much the same. And why would it not be, it's a super zoom, the design constraints are largely the same as the 18-200mm VR.

This is quite subjective as I have no way of accurately measuring it. But it seems pretty damn quick to me at all focal lengths. Certainly as quick as the 18-200mm VR.

Here's an overall shot of the basic setup I used to look at sharpness. Banknotes are handy because they have an amazing level of fine detail on them and also give a strong contrast between the white of the note and the black background. 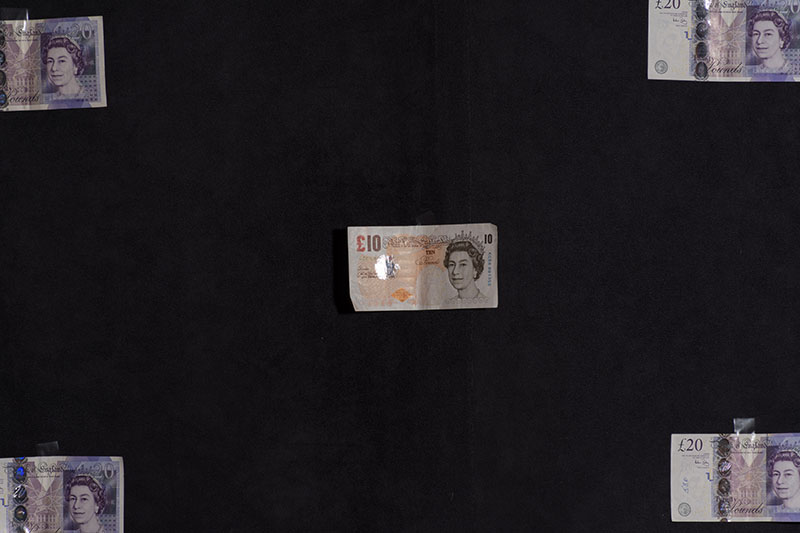 Sharpness is the main parameter that I am interested in not least because it's one of the main parameters that you can't fix in post processing. I should point out that I use Adobe Lightroom to process all my images and I always shoot in RAW so all images shown here are converted from RAW to JPEG with Lightroom's default settings.

I think you can see from this very clearly that the 18-200mm VR is shockingly bad when shot wide open, both for centre sharpness and corner sharpness, in fact it's not great at f8 either and only really sharpens up at f11. What really surprised me is just how much better the 18-140mm VR is. In the centre at 140mm f5.6 there's very little to choose between it and the Sigma 150mm f2.8 macro lens which is pretty much a reference standard. This is extremely impressive performance from a super zoom lens of this type.

It's interesting to note here that the Sigma is sharper at f5.6 than it is at f8 and even more obviously so than at f11. This is as it should be because of loss of resolution due to diffraction and is a reminder that you really don't want to be shooting at apertures much smaller than f11 on a DX camera unless you absolutely have to. So the 18-200mm VR is sharpest at a point where diffraction is notably softening it! Not a good trait. The Nikon 18-140mm VR is pretty much the same at f5.6 and f8 in the centre, maybe a very slight reduction in contrast at f5.6 but nothing that would matter in a real world situation.

The edge sharpness of the 18-140mm isn't quite as good as the centre sharpness but again it's leagues ahead of the 18-200mm especially wide open. Whether wide open or stopped down to f8 there's a horrible blue halo along the side of the note in the corner with the 18-200mm VR, this does finally go away at f11. This is something I have noticed in real use. It's tempting to just call it chromatic aberration but I'm not sure if it's a simple as that. I've noticed when using the 18-200mm VR lens in real world situations that I do get haloing around bright highlights, often white haloing which rather suggests it's not chromatic aberration. So I think this is more of a contrast/flare problem. You can see that there's a very significant loss of contrast, especially in the corners, with the 18-200mm when shot at f5.6 and even at f8. I think issues like this are not easily quantified but can actually have a far greater effect on real world images than some of the more measurable lens parameters. Either way the 18-140mm is way, way better which is very good news.

As expected the VR is extremely effective, just the same as the 18-200mm VR. It's also very subjective, depending on how stable you are when you hold a camera. I found I could take photos which were consistently free of camera shake at 1/15th second at 140mm (so 210mm effective focal length) that's pretty similar to my 18-200mm VR if not slightly better. It's also exceptionally good, that's over 3 stops of improvement on a consistent basis. At 18mm I could get away with about 1/8th second but couldn't get much slower, not surprisingly, so the benefit is less at shorter focal lengths but then it's less necessary too. Your results may vary significantly.

In fact I find it remarkable that in the centre of the frame the 18-140mm is on a par with the sigma 150mm and to be honest it's not that far behind in the corners, there is a loss of contrast but the sharpness is still pretty good. Do also bear in mind that these tests were done at 140mm, the 18-200mm will almost certainly be worse, probably quite a bit worse, at 200mm. That's a pretty scary thought! What I can say is I have used the 18-200mm VR extensively for portraits at 200mm, but I do normally shoot at f9 to f11 which is where the lens will be at it's best so that explains why I've been reasonably happy with the image quality that I've got from this lens.

I think it's true to say I've built up a shooting style with the 18-200mm VR that avoids the worst of its shortcomings. It'll be nice to know that I don't have to do that with the 18-140mm VR, I will be able to shoot wide open at 140mm and get a relatively shallow depth of field without completely trashing the image quality.

By trade I’m an electronics design engineer hence the quite technical nature of this review. I like to know exactly what a product delivers so I know how I can rely on it and how I can use it. I hope this review is of assistance to anyone else who is considering buying one of these heads